“Give my people plenty of beer, good beer, and cheap beer, and you will have no revolution among them.” –Queen Victoria

It should come as no surprise that we went on a few pub crawls while in London. The first is an organized tour by a company called “Mind the Gap”. This is an epic four-hour historical tour through the heart of London where we visit six pubs and drink at five.

Our tour begins at the iconic St. Paul’s Cathedral at the highest point of the city.

It winds down narrow roads barely big enough for a car today, but wide enough for the horse-drawn wagons of yore. It takes us down Fleet Street, famous home to iconic British newspapers.

And it ends in Covent Garden.

A rare gem built in 1905 on the site of a Friary. Jolly Friars appear inside and out in sculptures, mosaics and reliefs. 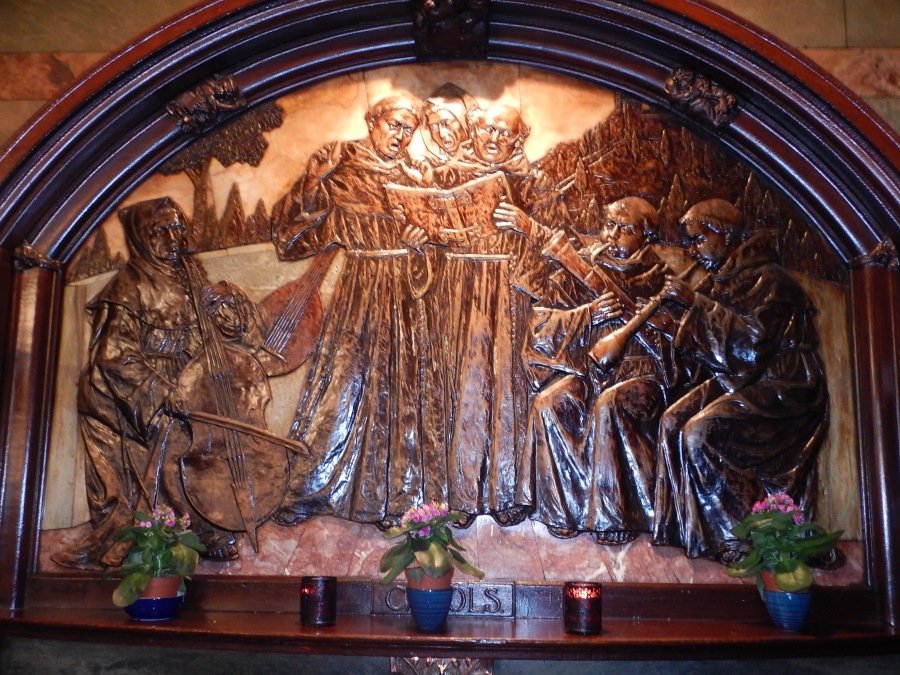 Next up is Ye Olde Cheshire Cheese, rebuilt after the great fire of 1666 and a favorite watering hole of journalists and literary greats including Charles Dickens and Mark Twain.

We meander over to The Seven Stars which is behind the royal courts of justice. 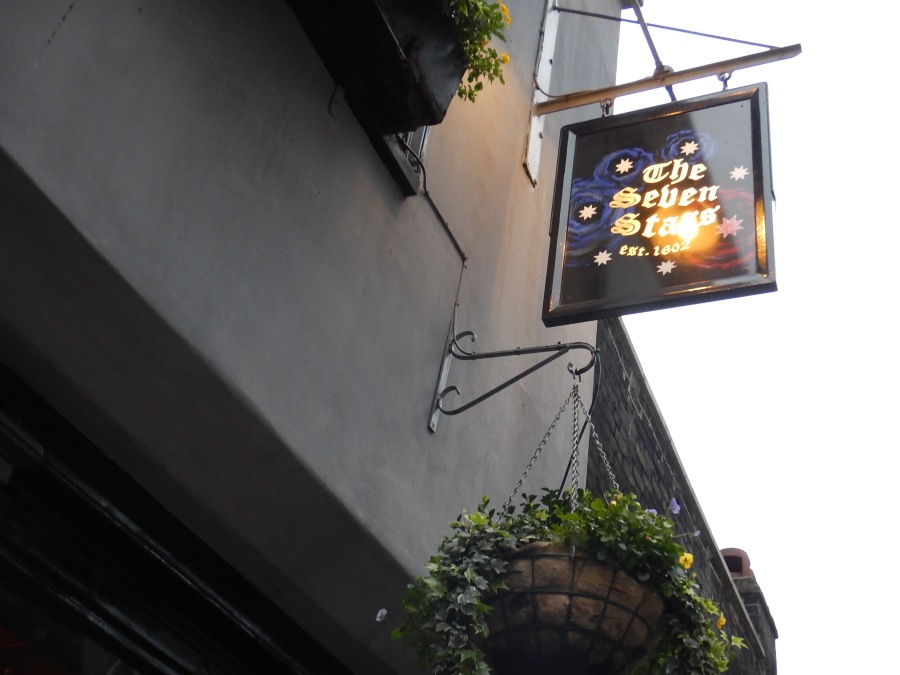 This pub has its origins in the 1600’s and is the place barristers bring their clients to celebrate after a victory. 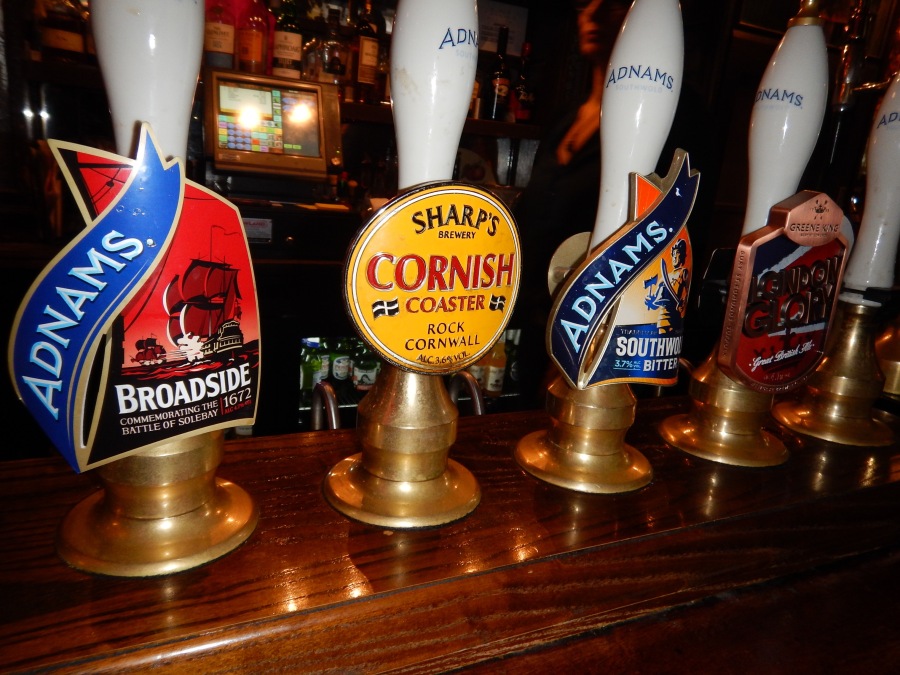 Adnams is the brewery that controls the taps here.
We visit The Ship Tavern, one of the oldest pubs in London which dates back to 1549.

And finally, we visit The Princess Louise. 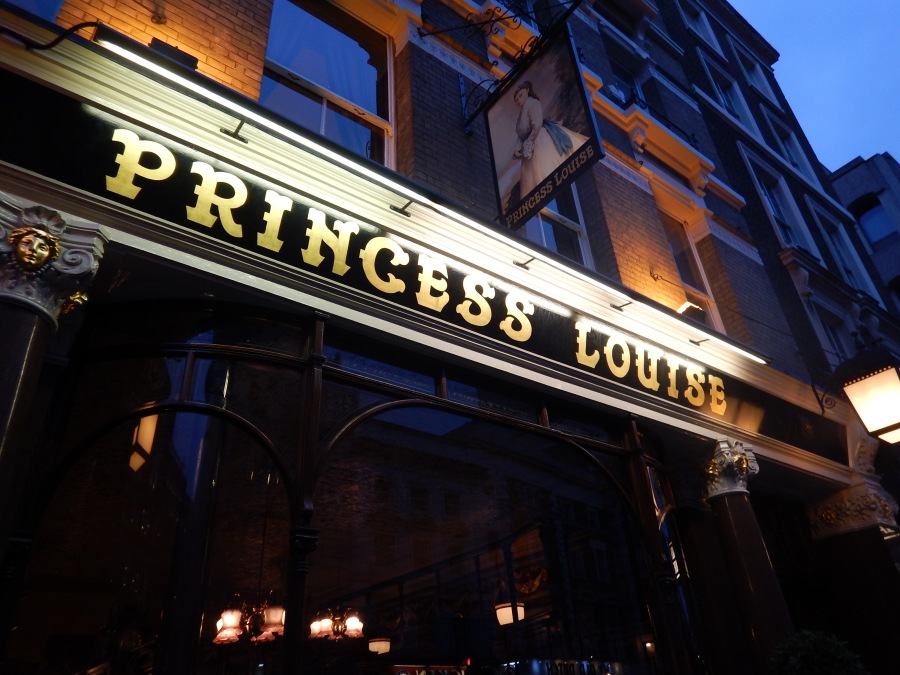 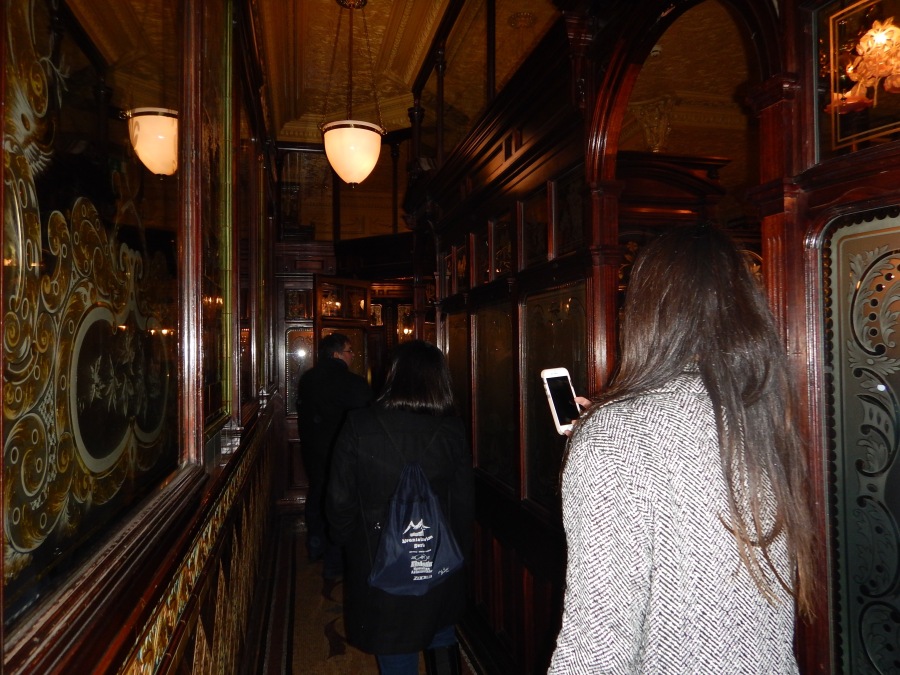 Here we have our favorite beer of the night. The Samuel Smith Double Chocolate Stout.

I am happy to report that we had half pints of very low alcohol beer at each of the stops and since this was spread over four hours, we really didn’t feel at all intoxicated.

A few things we learned about pubs. First, the class structure of olden days was evident even in the pubs. Many had two entrance ways, one more elaborate and ornate for the gentry and one very simple for the common folk. Second, the pubs are still owned by specific breweries so your drinking choices are limited by the pub. The brewery name is usually prominently displayed on a sign.

Using some information that John, our tour guide sends after the tour, we create our own pub crawl of sorts on our last day in London. We visit 4 more historic pubs. We start at Ye Olde Cock Tavern on Fleet Street.

It’s famous for being the narrowest pub in London in a building dating from 1887.

Second stop is The Hack & Hop, considered to be one of the best craft beer pubs in London.

At a “craft beer” pub there is more variety because a brewery doesn’t own the place.

Third is a visit to the Cittie of Yorke.

In an earlier life, it was an Abbey – now it’s a huge, high ceilinged pub with lots of private wooden booths. 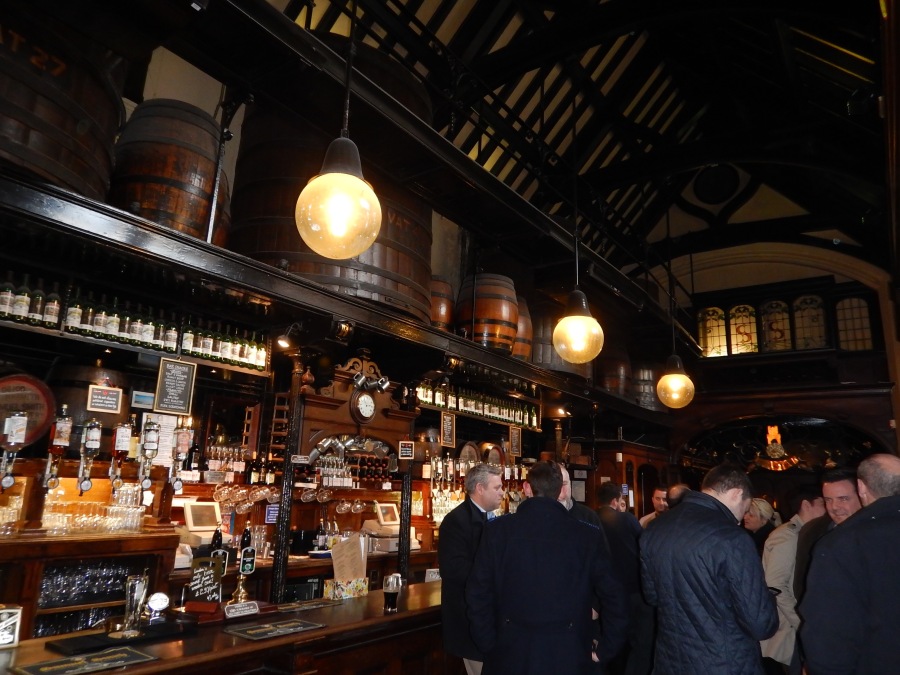 Finally we stop at the Holborn Whippet, a craft beer pub right near the Holborn Tube stop.

There are so many choices here, we step out of drinking local for a moment and enjoy some German beer!

This post highlights 9 pubs. We visit a few more where we eat dinner near our hotel in Kensington. And a google search of “number of pubs in London” provides the astounding number of over 7000, which means we have a long way to go.

In my next post, a few of the best meals we enjoy in London and the best (and one of the only) desserts we have on this trip!
Consider following this blog so that you get these posts delivered to your email when they are published!

One thought on “London Crawling”