We did not plan on buying a bike this year, but stuff happens. So does sweat. And apparently, when sweat happens all over a steel frame, rust happens. And when rust happens from the inside out, your five-year-old frame gets ruined. Here’s our old bike, right before we sent it off to get the rust repaired.

While we were on Coast 2 Coast, the manufacturer of the bike (a leading tandem company in Oregon, who we will not name, but we are pretty sure you can figure out) called and said it could not be saved. We would have to buy a new frame, and they would be happy to sell it to us at “cost”. What about the lifetime guarantee on the frame? Well, that does not cover rust caused by sweat. After some deep thought, we told the leading tandem company in Oregon to “stick it”. What could we buy that is sweat-proof and rust-proof? Carbon? Knowing our luck, we would probably break it. Titanium? Yes, please. Say hello to our new Seven Axiom 007.

For those who don’t ride, we’ll try not to get too technical. The Seven weighs five pounds less than the Erickson steel bike that we rode cross-country earlier in 2017. There’s a Wound-Up carbon fork on the front and TRP Spyder disc brakes on both wheels. 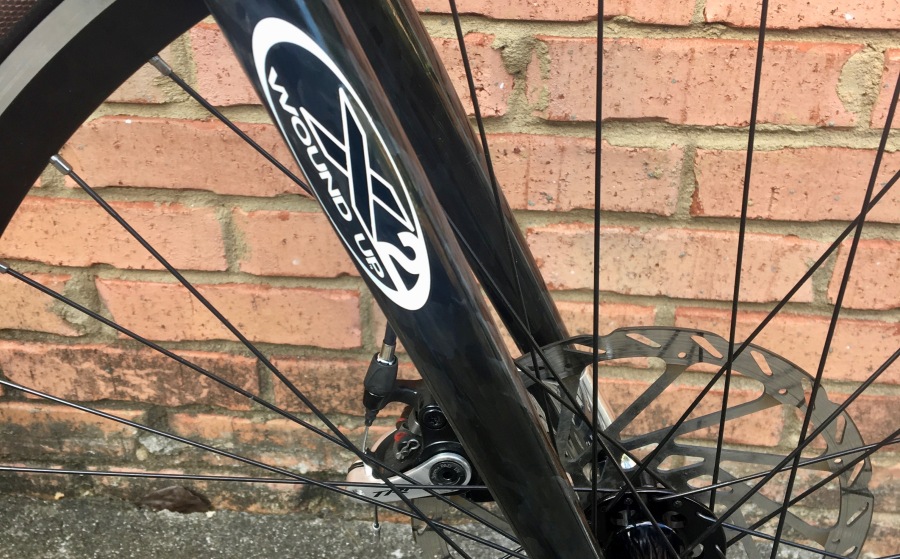 We didn’t want to paint the bike because you are supposed to enjoy the raw look of titanium, but we had to get some purple on the metal. Seven does not offer purple as a choice, but after a 30-minute phone call, they were able to come up with something for us. 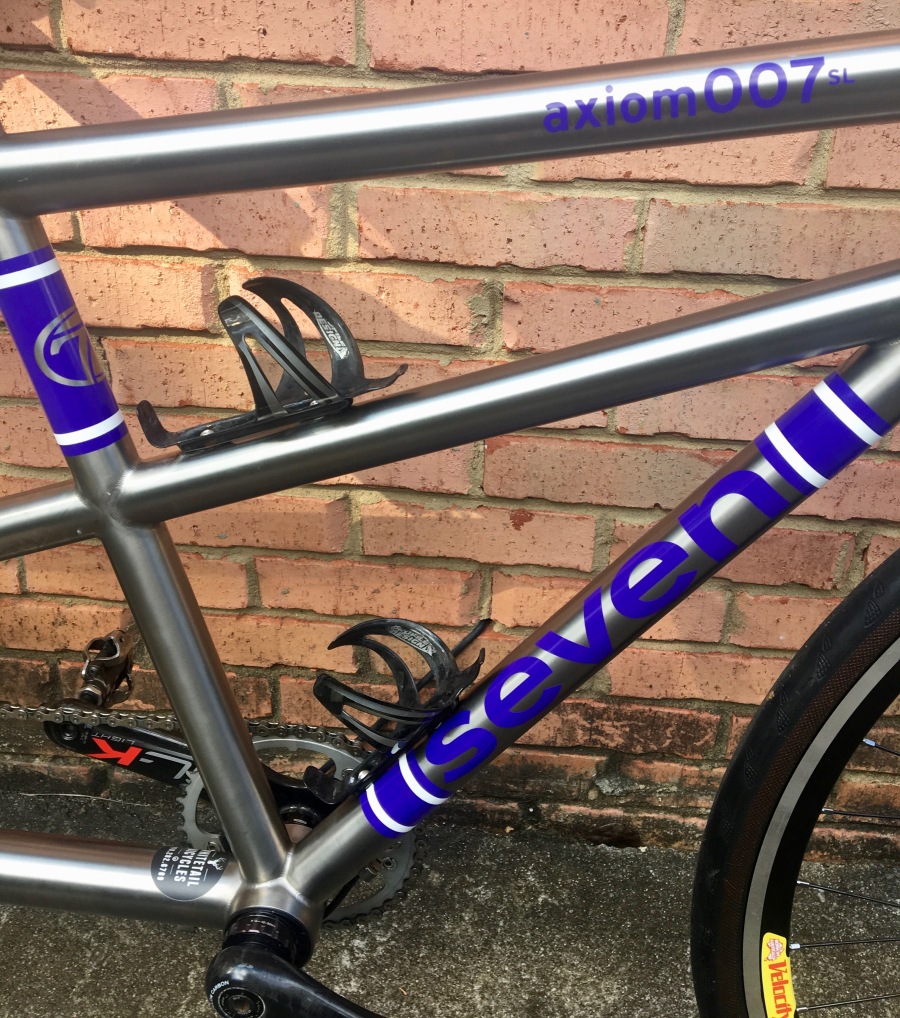 Our previous tandems have all had Campagnolo shifting, but for this one we went with Shimano Ultegra DI-2. It’s fairly inexpensive and it’s electronic, so no shifter cables. There are a lot of wires, but the frame was pre-drilled for them, so they only peep out every now and then. Here’s the front setup:

There are only two chainrings in the front, but the 34-tooth small ring gives us the same gearing as our old three-ring setup when you put a big cassette on the back.

That’s an 11-40 on the back, which, as we learned on our recent trip to Asheville, can go up 20% grades. This is the best-shifting tandem we have owned. The gears actually adjust themselves, once you know how to do it. The coolest thing about the shifting is the little gear monitor on the front handlebars.

This lets the captain know exactly what gear he’s in in the front and the back. In this case, we are in the “T” (big) chainring in the front and in 8th gear in the back. And there’s 60% left on the battery. No more annoying questions to the stoker like “what gear are we in?” Of course, we do have to charge the battery every now and then. One charge is supposed to go about 600 miles.

And that’s a short tour of our new bike. This one is going to last us a long time. Sure, it’s a little lighter than our last rust-bucket, but don’t worry, it didn’t make us any faster!